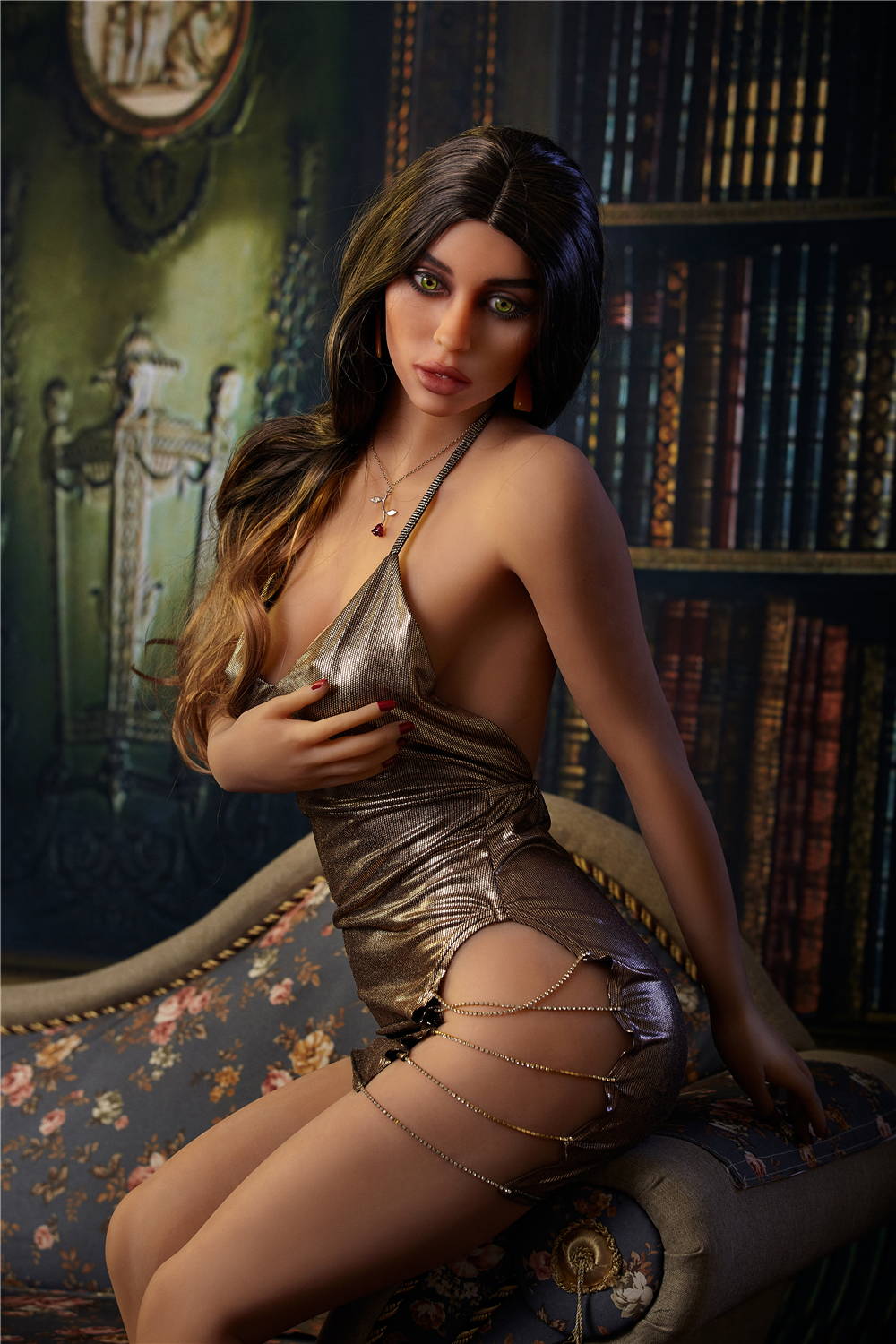 It was getting late. I’d already been on the road for twelve hours and I still had six more hours until I made the drive to Seattle.

Not to mention, the glare from the oncoming traffic had given me a headache.

The clouded night sky became illuminated, as the streaks of lightening danced in the air.

The rain, rattled against the solid surface of my car.

I jilted forward, at the clashing sound of thunder, spilling the coffee from the cup that rested in between my legs.

“Shit!”, I exclaimed, as the hot liquid seeped into the dark fabric of my jeans.

I exited the highway, following the sign for lodging. I approached an older building and pulled into the parking lot, before grabbing napkins from the glove compartment and cleaning up the mess.

I popped open the trunk, grabbing my suitcase and rushing inside, using my arm to shield my face from the downpour of rain.

The Victorian style home had been converted into a bed and breakfast and looked like it had a few ghosts for residents.

The next place for lodging wasn’t for another fifty miles and, already, I could hardly keep my eyes open.

I approached the vacant front desk and rang the bell.

A balding man that looked to be in his mid-forties, approached.

He look at me, his attention diverted to the open buttons of my blouse. My neon pink bra was visible through the dampened fabric.

I cleared my through, triggering him to make eye contact. I was both annoyed and a bit creeped out.

“Do you have an available room for the night?” I asked.

“Ok, that’s fine. I’d like one for tonight only, please,” I said, sliding him my credit card and driver’s license.

I was surprised that this place had a computer, I thought as I watched him enter my info into their system.

“Checkout is at ten ‘o clock and we offer free breakfast till ten-thirty,” he said, handing me back my cards.

He looked back at the clock before handing me an actual key. Based on its appearance, it was probably as old as the house.

“Your room is up the stairs, last door on the right. Need help with your bags?” he asked, maybe a bit too enthusiastically, his eyes wandering back to my chest.

I walked up the spiral staircase, the wooden floors creaking, with each step.

I approached my room, ignoring the rumblings I heard coming from the neighboring room.

I turned the key and entered inside.

It was a modest size, but had a bit of old world charm.

I’d wasted no time settling in. I’d showered and now lay naked on top of the quilted bedding. I grabbed the remote, turning on the TV.

The screen pictured a couple in the middle of some serious foreplay.

The woman, dressed in scantily clad mini dress, wrapped a leg around the man, allowing him to slide has hand under her lace panties. She arched her back, tilting her head back and letting out a moan.

The man used his other hand to pull down the strap of her dress, exposing both her breasts.

Bowing his head, he allowed his tongue to circle her aereola, just missing her nipple. Teasing her for more.

She used her hand to shift his head over until his mouth enveloped over her solid pearl. He devoured it, sucking on it until it slipped from the slick grasp of his lips.

He guided her over to the bed, positioning her so that her head hovered just over the corner edge.

He unzipped his pants, allowing them to drop to the floor and then stepping out of them.

She reached up, massaging his growing budge. She tugged at his boxers until his meaty cock bounced free, gently nudging her in the face.

She opened her mouth as he eased his rigid cock into her mouth.

He let out a groan, slowly pushing his pelvis forward, his dick filling the hollow of her throat.

I let out a sigh, as my fingers slide over my swollen clit. Each one, now soaked in my nectar.

I looked down at my pointed nipples, using my other hand to roll one between my fingers.

I bit my lip, trying hard not to moan from the mounting pleasure. I was sure that the walls were paper thin.

I allowed my fingers to ease into the warm caress of my pussy.

I lifted my ass upwards, grinding against my palm.

My hand now coated in my wetness.

I turned my attention back to the television.

The man’s slow sensual movements, changed to short, forceful thrusts. The woman choked, causing him to pause momentarily, before she slipped his dick back into her mouth.

He resumed face-fucking her.

I upped the tempo in which my fingers titillated my pussy, matching the man’s jagged, rhythmic, movements.

My pulse raced, in anticipation for the climatic release billowing within.

I sat upright, tossing the quilt on the floor and untucking the white linen sheets.

I grabbed both ends, one in each of my hands.

I mounted on top of the butter-like fabric, its folds rubbing against my pulsing clit.

I brushed my pussy against the delicate surface.  Slow at first, then increasing speed with each thrust forward.

I raised my arms, using my hands and the sheets as a pulley.

I looked over at the dresser, catching a glimpse of myself in the mirror.

My tits swayed aimlessness mid-air, peaking from under my silky tresses.

My muscles tensed, causing me to fall back onto the bed.

I glanced back at the television.

The man leaned over, his head buried in the women’s pussy, his dick still nestle down her throat.

I spread my legs, before sliding my fingers in my mouth.

I positioned my hand over my pussy, slapping it, repeatedly.

I closed my eyes, trying hard to muffle the moans that remained trapped inside my throat.

I looked back at the television, taking noticed of the floral wallpaper along the walls.

I looked up, realizing that they matched the ones in my room.

My insides crashed at the realization.

But at that point, I’d lost control.

My body stiffened, as the rush of pleasure flooded throughout my entire body. My body jerking, forward.

I rushed up from the bed, grabbing my clothes.

I muted the television, listening.

The TV had drowned out the soft moans, it mimicked from the other room.

The couple I’d been watching was in the room next door.

I glanced up at the corner, closest to the bed, noticing the small reflective surface.

Take Nellie home and have your own private SeXcapades 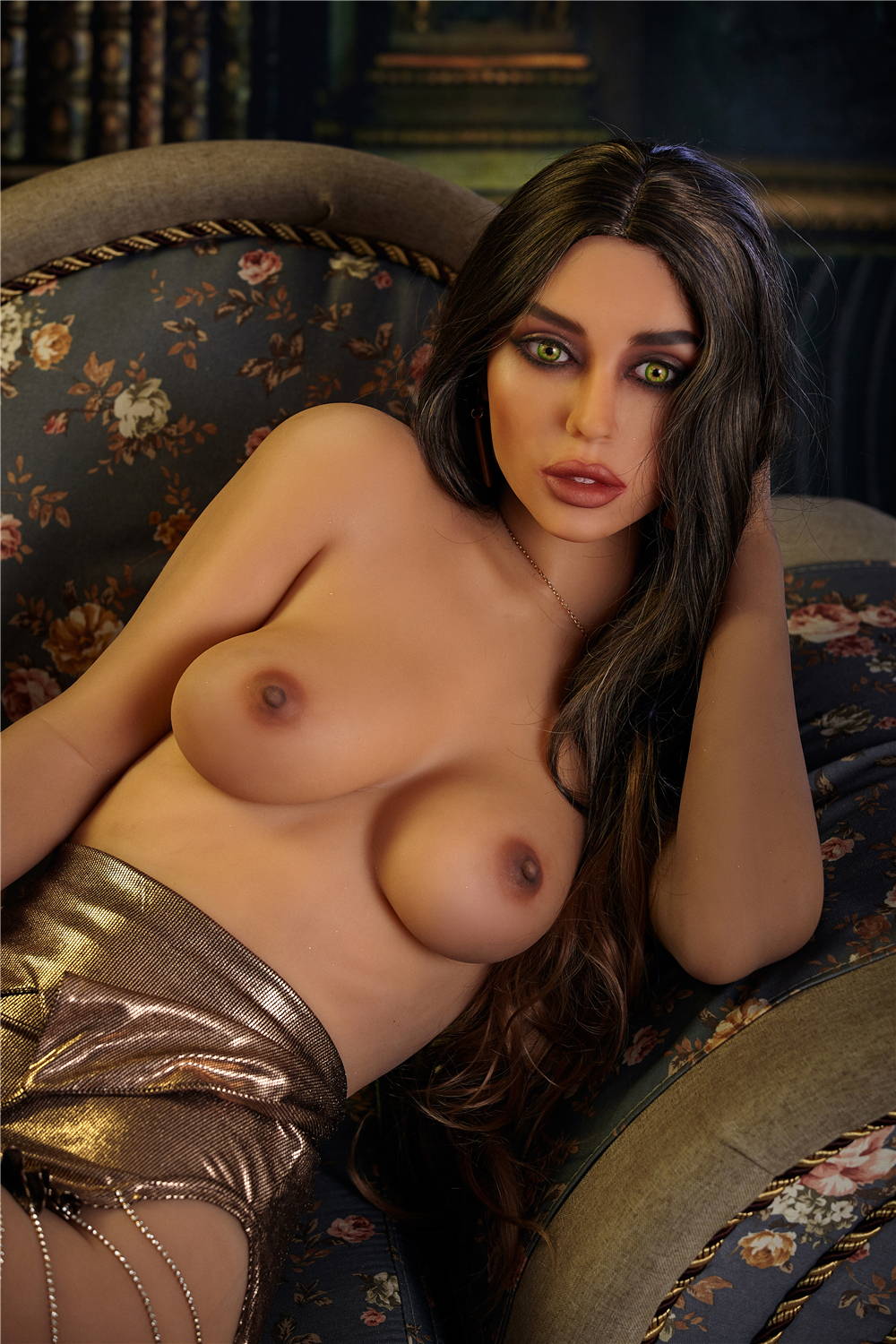 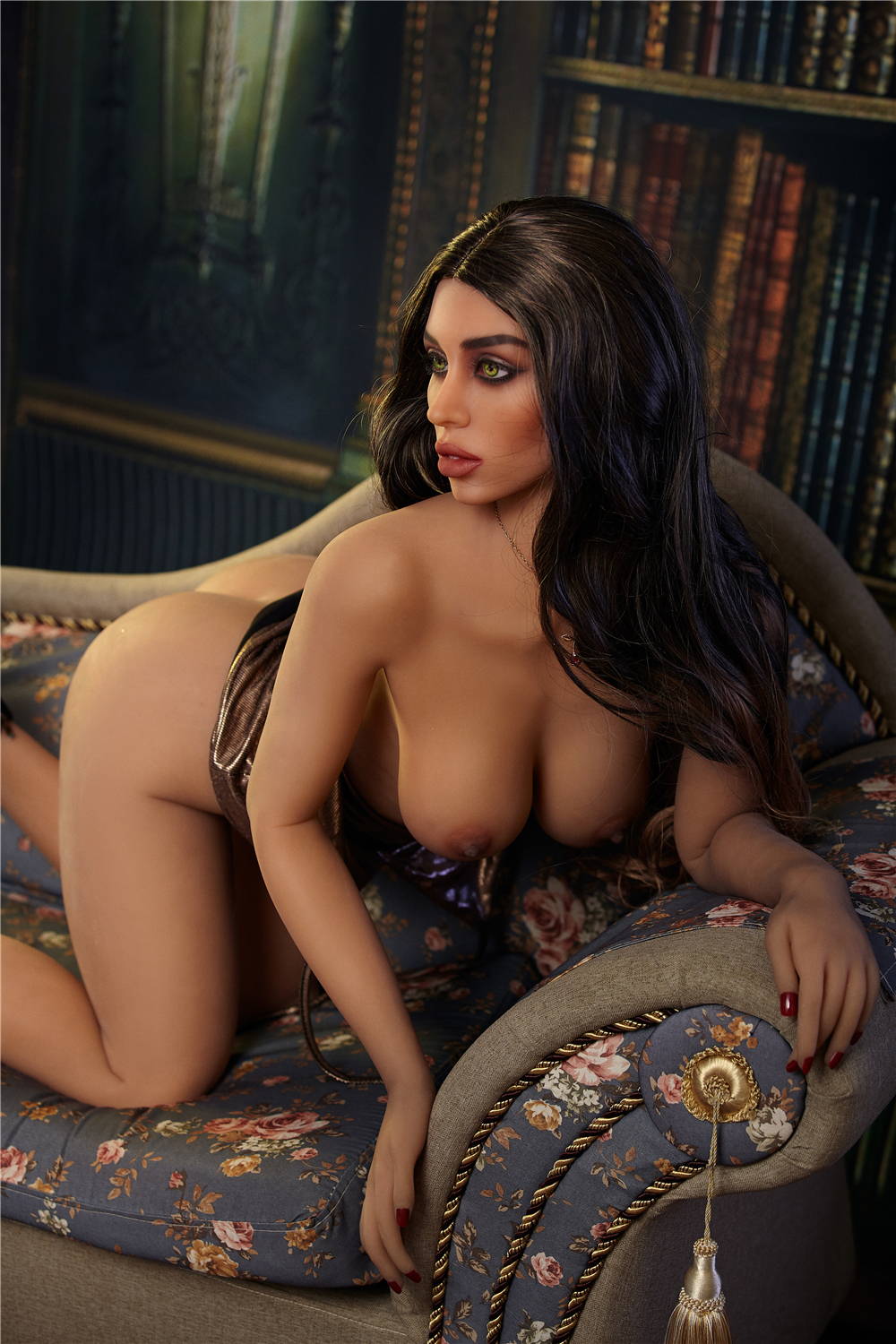 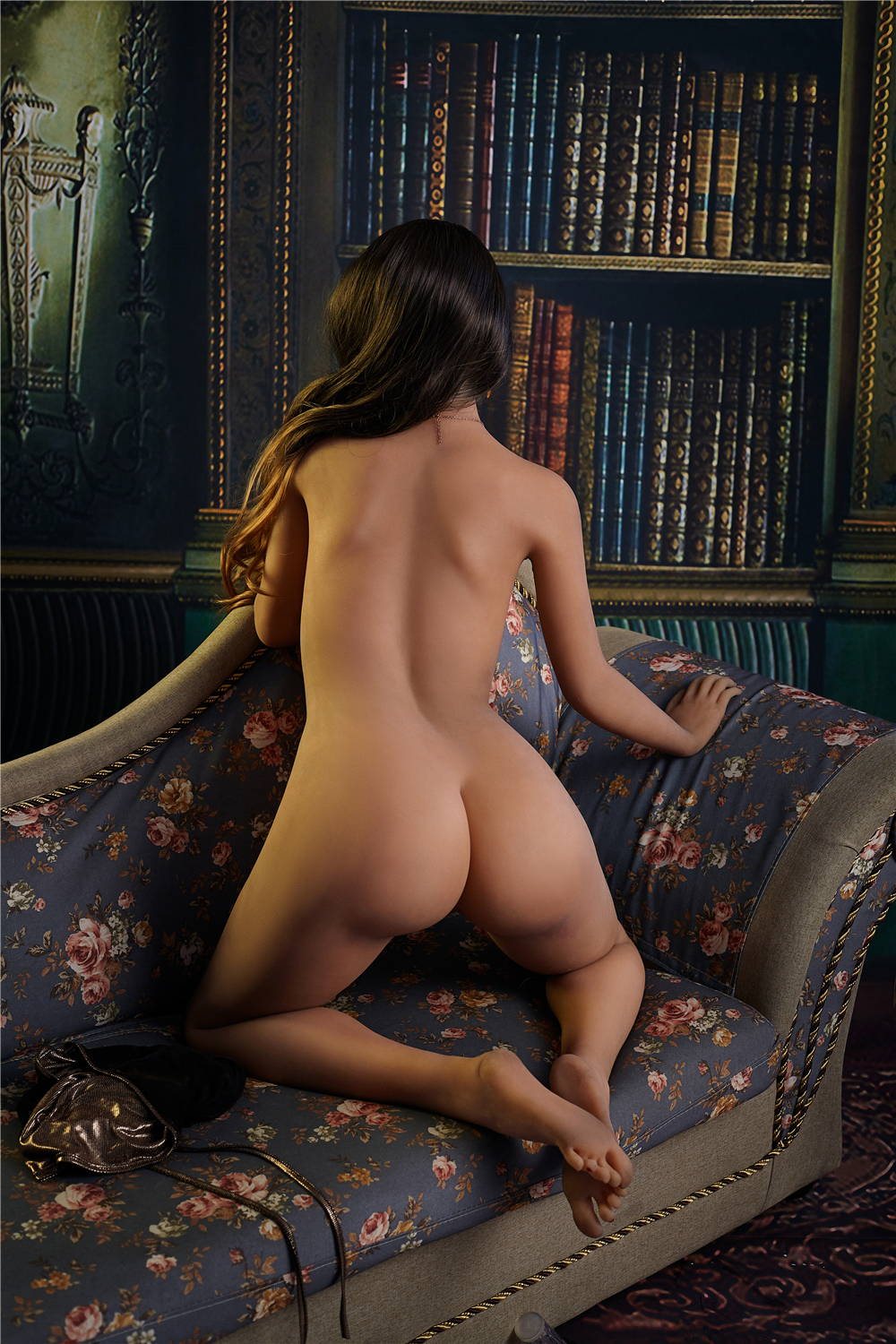 You must be of legal age to enter this site

This website contains adult material and is only suitable for those 18 years or older. Click Enter only if you are at least 18 years of age.

STAY UP TO DATE

Submit your email to get updates on products and special promotions.